Greetings, humans!  Jena here.  Today’s post is coming from the vault of my author website blog.  Since starting up From Helios to Hollywood, I decided to migrate my pop culture content to this blog.  This little puddle of verbal vomit concerns the way the role of the “geek” has changed in pop culture.  Enjoy!

Yesterday I was listening to a podcast and had a realization I want to share with all of you.  I know a lot of my followers here on the Bloggy Blog are writers, and I want to offer you some words of encouragement and comfort.  By all means, please feel free to credit Chris Hardwick on this, because without his podcast, I wouldn’t be writing this post. 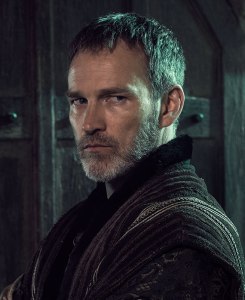 What I was listening to was one of last week’s episodes of the Nerdist podcast.  For this particular episode, their guest was Stephen Moyer.  Rewind about four years and I was a hard core fan of the Southern Vampire Mysteries series, the novels on which the show True Blood was based.  I never cared much for the character of Bill Compton, so when I finally gave in and started watching the show, by default, I automatically disliked Stephen Moyer.  It was nothing he as a person had done.  He was just unlucky enough to be the guy playing the one character I couldn’t stand in the series.  Well, him and Sam, but we won’t get into that on this post.

Since then, I have seen him perform in a number of roles, including the new Kurt Sutter series The Bastard Executioner, and the guy has most definitely got the talent to have a long career in Hollywood.  Since True Blood ended, I’ve developed a new respect for Moyer as an actor, so when I was getting ready for and driving down for a “girls night in” at Heather’s house, I listened to the podcast.

First and foremost, I want to say that Moyer is beyond charming and funny as hell in his own right, something I never gave him credit for when all I knew him for was “Sookeh” (however, during the interview, he does a sticky sweet southern accent that was WAY better than the one he did on True Blood).  If you get a chance, I highly recommend giving it as listen.  It’s a really great interview.

Anyway, during said interview, Chris Hardwick made a good point which made me think the rest of my drive to Heather’s house, and I want to share a little confession with you.

I’ve spent the better part of my writing career feeling like I had to justify the content of my writing.  For those who have never read my fiction, I write urban fantasy/paranormal romance and dark urban fantasy (almost-but-not-quite horror).  For years, when asked what I write, I would try to dress it up in different ways to avoid sounding like a nut job.

“Think action, but with claws/fangs, and a love story undercurrent.”

When I would say it, I would breeze right over the claws and fangs thing as quickly as possible in an attempt to sneak it by them without too many questions.  I wasn’t ashamed of my writing, but I was certainly afraid of being shamed for it.  My ex used to give me shit endlessly over my undying love for all things Buffy the Vampire Slayer (BtVS).  No joke, to this day, I still have at least forty BtVS novels on my bookshelf, and I reread Seven Crows (one of the best Buffy novels every written) just a few months ago.

For a while there, we actually got into arguments over it because rather than just let me geek out over the story content I liked, he felt the need to shame me over it.  He would tell me how stupid it was and how I needed to “grow up and let go of all the supernatural stuff.”

Following my split and the first draft of The Devil You Know, all of this stuck with me and I thought the only people who would ever get it would be people who were also into it (according to the ex, that would only be thirteen year old girls), so, for the most part, I kept it to myself.  I shared it with a very small handful of people, all of whom I knew to be into the same “geeky” shit I was.

During the podcast, Chris Hardwick made a statement I want to share with everyone out there who writes content they’re afraid to cop to for fear of being ridiculed.

I don’t have the exact quote, but the basic idea is the scifi nerds and fantasy geeks have taken over pop culture.  We drive a good portion of what gets sold for television, movies, and books.  Go back in television history fifteen years.  The lineup on TV consisted mainly of police procedurals and medical dramas.  While we still have those sprinkled about in our programming, a good portion of the hit series on television are OURS.  The geeks.  The nerds.  The lovers of SciFi & Fantasy.

Supernatural. The Walking Dead.  The Vampire Diaries.  True Blood.  Arrow.  Agents of SHIELD.  Once Upon a Time.  Sleepy Hollow. The Originals.  Gotham.  iZombie.  Heroes.  Doctor Who.  Orphan Black.  Game of Thrones.  Firefly.  Dollhouse (shut up, I loved that show).  Buffy.  Angel.  American Horror Story.  How about movies???  How about the ENTIRE Marvel Cinematic Universe??  DC.  Star Wars.  Star Trek.  How about books turned into movies???  The Hunger Games.  Twilight.  Harry Potter.  Lord of the Rings.  The list goes on and on.  There are entire conventions dedicated to our shared love, San Diego CC being the mothership with a claimed annual attendance of 100,000-130,000.  I don’t even think I have ever seen that many people in one place!  On the list of highest grossing films of all time, our tribe holds fourteen of the top twenty spots.  Right now, the SciFi & Fantasy sect is running the entertainment industry.  We are legion and we have won, my friends. 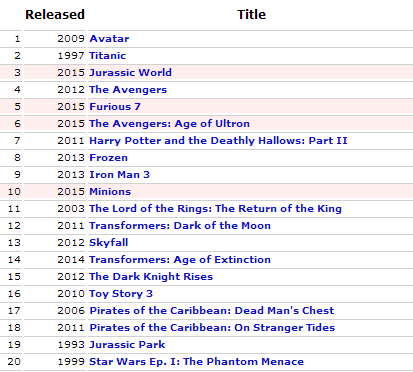 As I thought over the way pop culture has changed and morphed since I wrote that first draft, I realized that I don’t know when it stopped, but I haven’t had fear of telling people what I write in a long, long time.  I can’t pinpoint when the change happened, but it happened.  Now, when someone asks me what I write, I tell them without half a second of hesitation.  No matter what you write, be proud of it.  Hold your head up high when asked, because regardless of what you’re selling, someone out there somewhere is looking to buy your art.  I understand that the majority of this post is for the scifi/fantasy crowd, but really, it goes for any genre.  Your writing is your art, regardless of content, and every facet of art has an audience.  You just have to find yours.

To wrap up, I’m leaving you with this.  This Halloween was my 35th birthday and I did not cope with it well.  For just a split second, I thought that meant it was time for me to grow up and move on to more mature things.  Then I smartened up and said fuuuuuuuuuuuuuck that!  This is ME.  It’s who I am.  It’s what I love.  And the love of SciFi & Fantasy is rampant in my house.  My fourteen year old daughter and I nerd out so hard over lots of the same things, and it’s been a bonding point for us.  We share this mutual love and admiration of this thing and I wouldn’t trade that for the world.  There is no way in hell I am letting that part of me go just because I turned one year older.  Instead, I bought this and I can’t wait for it to arrive!  I plan to hang it up as a reminder that no matter what I love, I should not be afraid to love it with the fire of a thousand suns.  And either should you.  😉 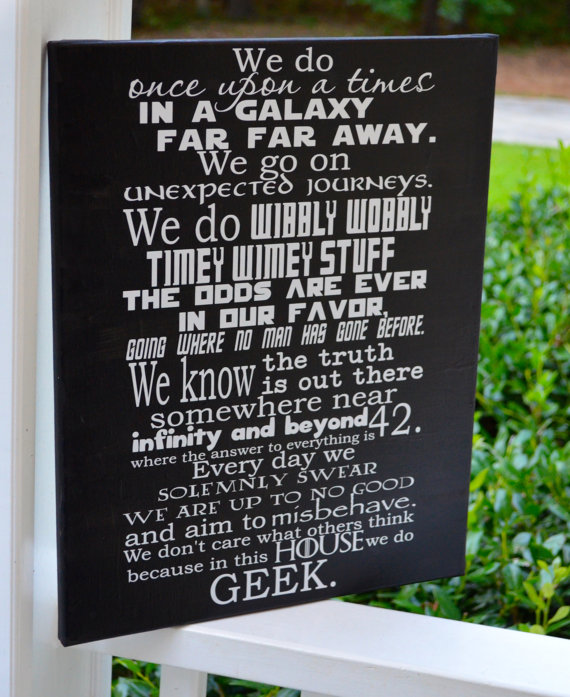 SIDE NOTE:  I purchased this canvas through an Etsy store for $50.  Here’s the link for anyone who may want one of their own:  In This House, We Do Geek

UPDATE SINCE THAT POST WAS WRITTEN:  That canvas hangs right above Command Central, the totally douchey name I’ve given my computer desk. lol  The canvas is as gorgeous as it looks on the Etsy site.  🙂