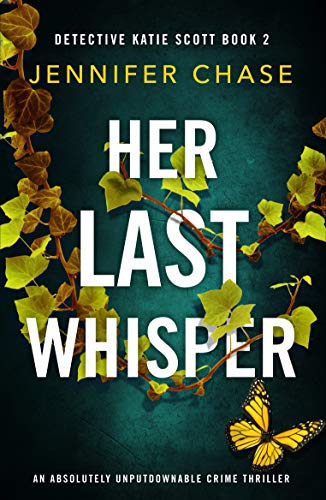 Katie focuses her mind, trying to keep another anxiety attack at bay. The victim’s long brown hair is slick and wet, her body rigid in the grass. She looks more like a mannequin than the woman Katie had spoken with only yesterday, the woman she had promised to protect…

When a cold, naked body is discovered by a couple on a jog through the lush woodlands of Pine Valley, California, new recruit Detective Katie Scott is stunned to discover the victim is Amanda Payton – a much-loved local nurse and the woman at the heart of an unsolved case she’s been investigating whilst getting a grip on her crippling PTSD.

Weeks earlier, Amanda had run, battered and bruised, out into the headlights of a passing patrol car. She claimed to have just escaped a kidnapping, but with no strong evidence, the case went cold. The Pine Valley police made a fatal mistake…

Katie is certain the marks on Amanda’s wrists complete a pattern of women being taken, held captive and then showing up dead in remote locations around Pine Valley – and she won’t let someone die on her watch again.

But then a beautiful office worker with a link to the hospital where Amanda worked goes missing. With only days before the next body is due to show up, can Katie make amends for her past by saving this innocent life?

Totally gripping crime fiction for fans of Lisa Regan, Rachel Caine and Melinda Leigh. Nothing will prepare you for this nail-biting roller-coaster ride…

KEEP READING TO SEE AN EXCERPT!

A heavy evening mist clung to the windshield of the police car, obscuring the view of the forgotten neighborhood. In the few occupied houses curtains were drawn tightly leaving only thin cracks of light seeping around the edges. Some homes even had bars across the windows. This small rural community had been ignored by the rest of the lively, growing town around it for too long. It was in desperate need of attention and restoration.

Deputy Stan Miller flipped on the wipers to clear his view, only to smear streaks of dirt across the windshield. He let out an annoyed sigh and turned the wipers to a higher speed—making it worse—and then off again.

“Now you’ve done it,” said Deputy Karl Windham beside him, and Miller laughed in spite of himself after a long and uneventful night shift.

“You’re going to criticize me?” Miller joked. “Me? The guy who has your back?” He sat up straighter, sucking in his waist and adjusting his seatbelt; it was no use pretending he hadn’t put on a few extra pounds recently.

“It’s the kiss of death out here tonight,” complained Windham watching out the side window as the mist turned to light rain.

“I bet it was Sheriff Scott’s idea to double us up, with all those recent ambushes on cops around the state.”

“It probably has something to do with the mayor’s office. Who knows? You know how they don’t tell us anything, even though we’re the ones putting our asses on the line every shift.” Still gazing out of the window, he watched a dark figure dart around a garbage can and disappear into the darkness, then he turned his attention to a skinny cat scurrying along the sidewalk, nose close to the ground tracking something.

The rain got heavier as they drove deeper into the Basin Woods Development. There were no other vehicles on the road. No lights in the distance. Only darkness.

“I wouldn’t turn down a cup of coffee,” replied Windham.

Deputy Miller took his eyes off the road for a moment to check the time and looked back just in time to see a slender woman stagger into the road ahead of them. She stopped still in the headlights. Her long hair, wet from the rain, was plastered against her head and around her face. She wore only a pair of panties and a tattered tank top. She looked terrified, dark eyes pleading in the glare of the lights, her mouth forming words they could not hear.

Miller jammed on the brakes, making the patrol car bounce to a stop inches before hitting the young woman. Weak and unbalanced, she fell to her knees. In the glare of the headlights, both men could clearly see the dirt embedded on her face and neck, the blood seeping from wounds on her hands, elbows, legs, and feet.

Deputy Miller turned to his partner with wide eyes. “What the…?” Jamming the vehicle into park he picked up the radio. “Dispatch, this is 3741, we have a possible 10-16 at Lincoln and Travis. Will keep you updated. Copy.”

He nodded to Windham who swung open the car door and ran to kneel beside the woman. “Miss…” he spoke gently. “Are you alright?”

She shook uncontrollably. Her head and shoulders drooped while her mouth tried to form around a word.

“Can you tell us what happened?” Windham said.

He gently touched her shoulder and she flinched away from him. “It’s okay. You’re okay now,” he reassured.

“Truth… truth… the truth… you don’t understand… otherwise…” she finally managed between gasps for breath. “I told the truth…” she muttered.

“What truth?” asked Deputy Miller who had retrieved a blanket from the trunk and now stood a few feet away.

Both deputies carefully helped the woman up and gently wrapped the blanket around her.

“Okay, Amanda. We want to help you. Can you tell us what happened?”

“I tried…” she whispered. “It was…” Her voice trailed off.

Deputy Miller opened the back door to the patrol car as his partner gently guided her to sit down in the backseat. Miller handed her a small bottle of water and, after a few moments, her eyes focused on the officers and her breath began to steady.

Deputy Windham kneeled down to her eye level and asked, “Amanda, can you tell us what happened to you? Do you remember what happened? Anything?”

She shook her head as more tears welled up in her eyes.

“A blue door with white trim,” she said quietly. “A big box…”

“What else, Amanda? Can you remember anything else?”

“There was a fantasy tree…”

Confused by the description, the deputy tried to make sense of it, pushing gently to pry out any more details from her. “Can you tell us what happened?”

Taking a couple of deep breaths, she finally spoke: “I was k-kidnapped.” 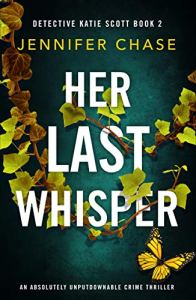