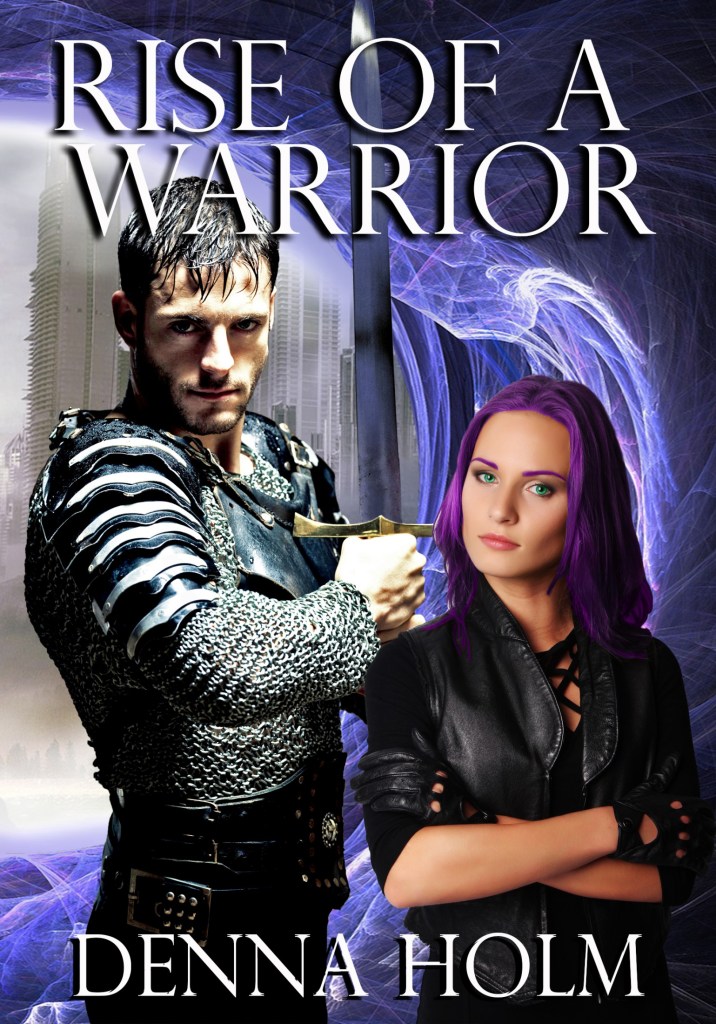 Carla Trystan is a half-breed vampire who has spent her entire life running from powerful Hunters—aliens from another world. She is also plagued by nightmares, hearing the same deep, dark voice say night after night, ‘If you wish to live, child, take my hand.’ When she finally meets the man behind the terrifying voice, it is to discover he is one of the aliens she has spent her life running from.

Azrael, an ancient Hunter for the Laizahlian Council, is sent to Earth to track down three rogues from their world. What he doesn’t expect is to run into his lifemate. Azrael senses there is more than vampire blood running through Carla’s veins. He suspects a Djinn is involved, placing them both in great danger.

Their journey will thrust them both into the Fae realm, where Carla must rise up and fight the cruel queen who means to take Azrael as her own.

Add It To Your Bookshelf!
Goodreads  |  Bookbub

END_OF_DOCUMENT_TOKEN_TO_BE_REPLACED

The first novel in the Raiden Warriors series by Denna Holm…

When Abby Harris takes her faithful German shepherd out for a hike in Oregon’s beautiful mountains, getting abducted by aliens isn’t even a blip on her radar. Her trusty can of bear spray and pocket knife aren’t much help against the seven-foot monsters who swoop in out of nowhere to transport her to a ship in space.

Nicolai Nekbet is Crown Prince for the House of Nekbet on the planet Raiden. Unable to bear healthy children with females of their own species, Raiden warriors must hunt for a bride outside their own world. Nicolai has his heart set on a human even though their planet is protected by an ancient species called Laizahlian. When he sees the tall blonde-haired beauty out in the mountains with only a dog by her side, he knows he must have her.

With Abby safely on his ship, Nicolai injects her with his shaprata, his essence. His shaprata will change her on a cellular level, making them compatible for procreation, but he must still work hard to win her heart. If she rejects their union, it could easily mean his death.

END_OF_DOCUMENT_TOKEN_TO_BE_REPLACED

Maggie Shelbador is a half-breed succubus with a heart. Though raised inside one of the worst whorehouses in the world, all she wants is to find one man who will love her despite what she is. She dreams of one day being free of her nightmarish life but fears no man will ever truly trust her.

The year is 3515 and most of the world has been destroyed by a combination of natural disasters and man’s neglect. The whole human race faces extinction. To survive, the leaders of the day approach demons for help, not understanding the high price they will be forced to pay. Normally bound by the summoner’s magic, the demons know Maggie is the key to giving them free access to Earth.

Daniel is a widower with a young son. He is out hunting one day when his settlement is attacked and his son abducted. He tracks them to House of Pain, not realizing a trap is being set for him. Though tortured, Daniel refuses to break when they try to force him to prostitute himself—until a beautiful blonde woman is brought into the room, her power stripping away his self-control.